Capitol Sun Rays is a rock and roll band featuring Luther Dickinson, Amy Helm, Grahame Lesh and the three core members of Birds of Chicago: Allison Russell, JT Nero and Drew Lindsay. The Rays’ sound is loose and shuffling, or zipped up tight, depending how they happen to be feeling at that moment. They believe in the contours of a song, but are happy to bust it wide open… sometimes they’ll give to you in black and white, sometimes in psychedelic technicolor. It took a fair few years - and many miles - for these six souls to come together. They are grateful for the journey. Rough weather is all around, it seems, and shelter from the storm can be hard to come by. When Capitol Sun Rays are on stage, you can see they’re offering it to each other, and anyone else who wants in. 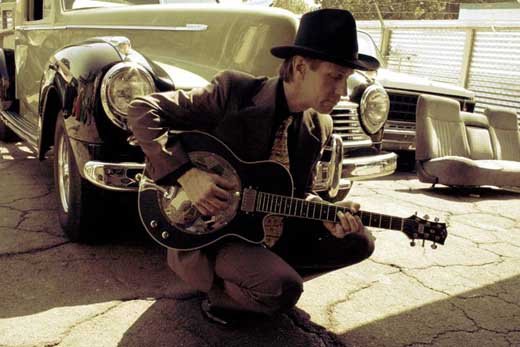 John Long was born in St. Louis, Missouri in 1950 and was first exposed to the music he’d make his life’s work not long after. His mother played several stringed instruments and supplemented the household income by teaching local guitarists. By the late 1950s John was absorbing the sounds of Jimmy Reed, Buster Brown, Muddy Waters, Lightnin ’ Hopkins, Junior Parker, and all the rest of the R&B and jump blues of the day, and working on recreating those sounds with his own guitar. By the early 1960s he was playing professionally in local bands, and digging deeper into the blues, through Muddy, Wolf, and Elmore, to Tampa Red, Peetie Wheatstraw , Leroy Carr & Scrapper Blackwell, Lonnie Johnson and others. As Long immersed himself in the pre-war, acoustic blues era, he began to find a home stylistically, and started writing his own original music, inspired in large part by his brother Claude, whom he still credits as his biggest influence.

The early 1970s found him in Chicago , and it was there that he met another important inspiration: veteran bluesman Homesick James Williamson. Williamson had been playing blues guitar since the pre-war era and was kin to, and bandmate of, blues great Elmore James. Homesick was a surrogate father figure to Long, treating him like a son, showing him the ropes in Chicago, and tutoring him in the subtleties of the blues. For the last 30+ years, Long has been seriously honing his craft, perfecting his art, and finding his voice. His complete recorded works to date consist mainly of a few deeply obscure backing appearances on other people’s sessions, a small handful of home-made recordings done mainly for demo purposes, and a cut on a sampler released by the host of an NPR radio program. “Lost and Found” on Delta Groove is John Long’s first full-length release. Dr. Laura Stachel, Co-founder and Executive Director of We Care Solar®, is a retired obstetrician-gynecologist with an M.D. from University of California, San Francisco and an M.P.H. in Maternal and Child Health from University of California, Berkeley. Her doctorate research with UC Berkeley on maternal mortality in Nigeria in 2008 alerted her to the deleterious effects of energy poverty on maternal health outcomes. Along with her husband, Hal Aronson, she co-founded the non-profit organization We Care Solar to bring solar electric solutions to maternal and child health care in regions without reliable electricity.

We Care Solar has equipped more than 4,100 health facilities in over 20 countries with the We Care Solar Suitcase®, a compact solar energy system providing essential medical lighting and power to last mile health centers. The Solar Suitcase was just selected by TIME Magazine as one of the 100 Best Inventions of 2019.

Laura has been active in the UN Foundation’s Sustainable Energy for All Initiative and speaks internationally about the linkages between renewable energy and health care.