Join us at eTown Hall for an intimate evening of music with Patty Griffin & John Smith! 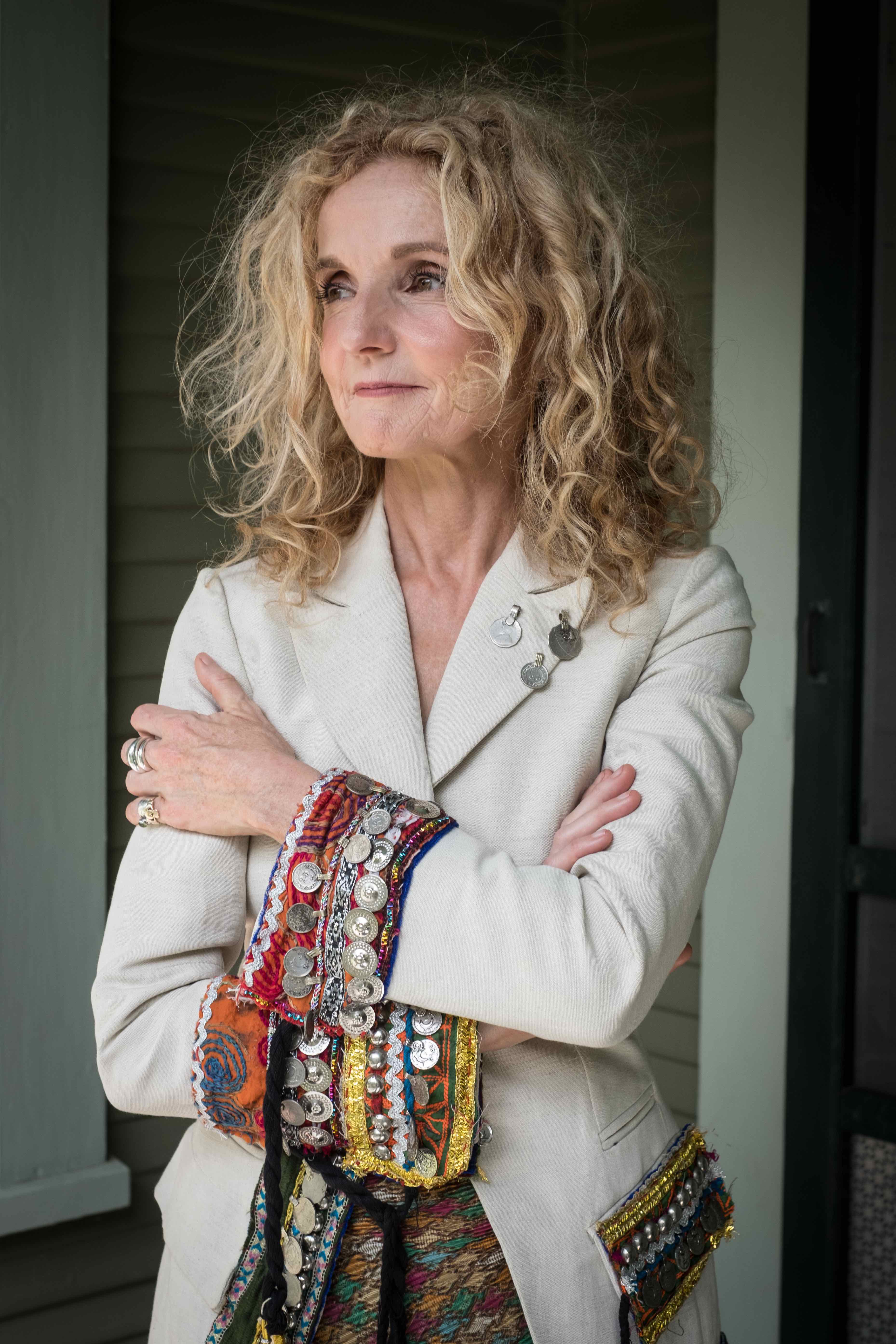 Patty Griffin is among the most consequential singer-songwriters of her generation, a quintessentially American artist whose wide-ranging canon incisively explores the intimate moments and universal emotions that bind us together. Over the course of two decades, the GRAMMY® Award winner – and seven-time nominee – has crafted nine classic studio albums and two live collections, a remarkable body of work in progress that prompted the New York Times to hail her for “[writing] cameo-carved songs that create complete emotional portraits of specific people…(her) songs have independent lives that continue in your head when the music ends.”

The Austin, TX-based singer and songwriter made an immediate impact with her 1996 debut, Living With Ghosts, and its 1998 follow-up, Flaming Red – both now considered seminal works of modern folk and Americana. Since then, Griffin’s diverse body of work spans such classic LPs as 2002’s GRAMMY® Award-nominated 1000 Kisses – later ranked #15 on Paste’s“The 50 Best Albums of the Decade (2000-2009),” — to 2007’s Children Running Through, honored by the Americana Music Association with two Americana Honors & Awards including “Artist of the Year” and “Album of the Year.” To date, Griffin has received seven total nominations from the Americana Music Association, affirming her as one of the far-reaching genre’s leading proponents. 2011’s Downtown Church – which blends traditional gospel favorites with Griffin’s own spiritually questioning material – debuted at #1 on both Billboard’s “Folk Albums” and “Christian Albums” charts before winning 2011’s “Best Traditional Gospel Album” GRAMMY® Award, Griffin’s first solo GRAMMY® triumph among seven total career nominations. Griffin’s most recent LP, 2015’s Servant Of Love, marked the first release on her own PGM Recordings label via Thirty Tigers. Applauded by The Guardian as “bravely experimental,” the collection saw Griffin earn still another GRAMMY® Award nomination, this time in the “Best Folk Album” category.

Widely regarded among the best pure songwriters of this or any other era, Griffin has had her work performed by a truly epic assortment of her fellow artists, among them Linda Ronstadt, Emmylou Harris, Solomon Burke, The Dixie Chicks, Kelly Clarkson & Jeff Beck, Martina McBride, Miranda Lambert, Melissa Etheridge and Susan Boyle, to name but a few. Her songs have also been showcased in a variety of film, TV, and theatre projects, with her original music and lyrics featured in the 2007 musical, 10 Million Miles, produced Off-Broadway by the Atlantic Theatre Company and directed by Tony Award-winner Michael Mayer. Griffin has also been joined in the studio by a veritable who’s-who of contemporary Americana, including Harris, Buddy & Julie Miller, Shawn Colvin, Jim Lauderdale, Raul Malo, Ian McLagen, JD Foster, and many others. As if her own remarkable career weren’t enough, Griffin has found time to collaborate with a wide range of like-minded artists, among them Joshua Radin, Todd Snider, Dierks Bentley, Robert Plant, Jack Ingram, Gillian Welch, and David Rawlings.

In addition to her creative career, Griffin has also devoted considerable energy and focus towards the wellbeing of the planet as well as showing compassion for the less fortunate among us via personal and public acts of charity including helping to create the Lampedusa tours supporting the Jesuit Refugee Service.

Having crafted a rich catalog that chronicles love and death, heartache and joy, connection and detachment, Patty Griffin continues to push her art forward, as always imbuing every effort with compassion and craft, uncanny perception, and ever-increasing ingenuity.

Essex-born John Smith has built a reputation as one of the UK’s finest guitarists and songwriters.  Raised by the Devon seaside and making his bones in the bars and clubs of Liverpool, John has released five albums with over 10 million Spotify streams.  He has played to audiences all over the world in living rooms, festival tents and sold-out concert halls.  He is a genuine folksinger, an inquisitive truth-seeker, devoted song interpreter, and enchanting writer.

Steeped in the lineage of British folk, taking his cue from Richard Thompson and John Martyn, Smith has evolved a transatlantic blend of fingerstyle and slide guitar techniques. John’s intimate takes on love, loss and the journey we make, combined with his innovative guitar work, have won him a loyal following.  His honey-on-gravel voice and mesmerizing fingerstyle guitar are undeniable.  Sometimes using a slide, sometimes with guitar on his lap, sometimes detuning mid-song, Smith’s obsession with the instrument has made a master of him.  Whether by way of album or concert, he leads the listener, enthralled in his presence, on a viscerally emotional journey.

A contributor and collaborator, John quickly and effortlessly earns the esteem of his comrades and heroes.  He has opened for folk greats including John Martyn, Davy Graham and John Renbourn, who called John Smith “the future of folk music.”  On the contemporary side, he has also opened for Iron and Wine, Tinariwen, and Ben Howard.  He has guested with artists such as Jackson Browne, Martin Carthy, Richard Hawley, Jarvis Cocker, Jerry Douglas, Glen Hansard and Rodney Crowell; and in his occasional role as sideman, he has played guitar for artists such as David Gray, Lisa Hannigan, Lianne La Havas, Joe Henry and Joan Baez.

He has released five records - his most recent “Headlong” (2017) reached #15 in the Indie Breakers chart, #1 on iTunes’ Singer-Songwriter chart, and amassed over 10 million Spotify streams.

His forthcoming album “Hummingbird” will be released 5 October in Europe and in early 2019 in the rest of the world on his own imprint, Commoner Records, via Thirty Tigers worldwide.